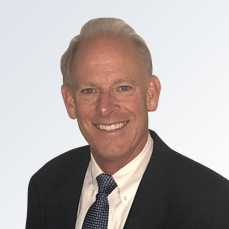 Managing Director at RM Global (US Office), Mr. Springer has spent the last 25 years in medical devices and diagnostics, serving in senior operating positions at Cordis/Johnson and Johnson, and Medtronic/Invatec, along with being a board member and consultant to several other cardiovascular device companies.

Prior to starting his consulting practice, Jack was head of the U.S. business for Invatec that was acquired by Medtronic, Inc. for $500M in April of 2010. Post the acquisition; he was the V.P. of Commercial Operations and Brand Marketing and led the integration of the US Business. His career started out in sales and marketing at Abbott Laboratories where he won numerous awards for sales performance. He then moved to Cordis Corporation, a Division of Johnson and Johnson, where he ran the sales training and development function before taking on various sales management and marketing positions. He was promoted to Global General Manager in 2003 and served in that role until April of 2006. During his 12 year tenure at Cordis his business unit grew at an annual rate of over 25% per year reaching sales of over $550M. Cordis Endovascular has been recognized as one of the most successful cardiovascular device companies during this period. Although Jack has been a very strong commercial leader, in the past 10 years he has broadened his experience as a successful general manager. He drove the development and introduction of several major products that changed how physicians treat peripheral vascular disease. Jack has also been the driver of acquiring several companies, initiated numerous cost cutting initiatives and driven top and bottom line performance in order to maximize return to his shareholders. He also holds significant experience in developing businesses outside the U.S. in both Asia Pacific and Europe.

Mr. Springer received his BA degree from McDaniel College in Westminster, Md. and has completed additional course work at the University of Michigan Business School. He also earned a commission in the U.S. Army and served four years on active duty before moving into healthcare.